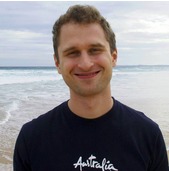 I currently work in Google Research, Zurich. Before I was PhD student at the University of Sheffield, Department of Computer Science, working in the Natural Language Processing Research Group, under supervision of Trevor Cohn and Kalina Bontcheva. My PhD thesis is about probabilistic modeling of rumours in social media.

I have worked on a range of NLP and social media applications, including meme popularity modeling and rumour stance classification. I am particularly interested in designing appropriate ML methods. I have worked with kernel methods, Gaussian Processes, point processes, submodular optimization and deep learning.

Online social networks provide a platform for sharing information at an unprecedented scale. Users generate information which propagates across the network resulting in information cascades. In this paper, we study the evolution of information cascades in Twitter using a point process model of user activity. We develop several Hawkes process models considering various properties including conversational structure, users’ connections and general features of users including the textual information, and show how they are helpful in modeling the social network activity. We consider low-rank embeddings of users and user features, and learn the features helpful in identifying the influence and susceptibility of users. Evaluation on Twitter data sets associated with civil unrest shows that incorporating richer properties improves the performance in predicting future activity of users and memes

Rumour stance classification, the task that determines if each tweet in a collection discussing a rumour is supporting, denying, questioning or simply commenting on the rumour, has been attracting substantial interest. Here we introduce a novel approach that makes use of the sequence of transitions observed in tree-structured conversation threads in Twitter. The conversation threads are formed by harvesting users’ replies to one another, which results in a nested tree-like structure. Previous work addressing the stance classification task has treated each tweet as a separate unit. Here we analyse tweets by virtue of their position in a sequence and test two sequential classifiers, Linear-Chain CRF and Tree CRF, each of which makes different assumptions about the conversational structure. We experiment with eight Twitter datasets, collected during breaking news, and show that exploiting the sequential structure of Twitter conversations achieves significant improvements over the non-sequential methods. Our work is the first to model Twitter conversations as a tree structure in this manner, introducing a novel way of tackling NLP tasks on Twitter conversations.

Classification of temporal textual data sequences is a common task in various domains such as social media and the Web. In this paper we propose to use Hawkes Processes for classifying sequences of temporal textual data, which exploit both temporal and textual information. Our experiments on rumour stance classification on four Twitter datasets show the importance of using the temporal information of tweets along with the textual content.
Code

The aim of this paper is to investigate suitable evaluation strategies for the task of word-level quality estimation of machine translation. We suggest various metrics to replace F1-score for the “BAD” class, which is currently used as main metric. We compare the metrics’ performance on real system outputs and synthetically generated datasets and suggest a reliable alternative to the F1-BAD score — the multiplication of F1-scores for different classes. Other metrics have lower discriminative power and are biased by unfair labellings.

Time series modeling is an important problem with many applications in different domains. Here we consider discriminative learning from time series, where we seek to predict an output response variable based on time series input. We develop a method based on convolution kernels to model discriminative learning over streams of text. Our method outperforms competitive baselines in three synthetic and two real datasets, rumour frequency modeling and popularity prediction tasks.

Social media is a rich source of rumours and corresponding community reactions. Rumours reflect different characteristics, some shared and some individual. We formulate the problem of classifying tweet level judgements of rumours as a supervised learning task. Both supervised and unsupervised domain adaptation are considered, in which tweets from a rumour are classified on the basis of other annotated rumours. We demonstrate how multi-task learning helps achieve good results on rumours from the 2011 England riots.
Code

Research on modeling time series text corpora has typically focused on predicting what text will come next, but less well studied is predicting when the next text event will occur. In this paper we address the latter case, framed as modeling continuous inter-arrival times under a log-Gaussian Cox process, a form of inhomogeneous Poisson process which captures the varying rate at which the tweets arrive over time. In an application to rumour modeling of tweets surrounding the 2014 Ferguson riots, we show how interarrival times between tweets can be accurately predicted, and that incorporating textual features further improves predictions.

Rumours on social media exhibit complex temporal patterns. This paper develops a model of rumour prevalence using a point process, namely a log-Gaussian Cox process, to infer an underlying continuous temporal probabilistic model of post frequencies. To generalize over different rumours, we present a multi-task learning method parametrized by the text in posts, to allow data statistics to be shared between groups of similar rumours. Our experiments demonstrate that our model outperforms several strong baseline methods for rumour frequency prediction evaluated on tweets from the 2014 Ferguson riots